A Complete Book On Radiation Therapy

Skin Cancer: The Signs And Symptoms Everyone Should Know About

5 Treatments That Will Rectify The Vision of Your Eyes

If there’s one thing you should know about my 13-year-old daughter, it’s that when she starts to feel uncomfortable she goes from this bright, witty teenager to Beaker from The Muppets in the time it takes to say “meep.” She clams up so hard, she could spit pearls.

Maybe it’s my fault. During my pregnancy with her, I watched a lot of “Daria.” Does shyness and skepticism pass through the womb?

Over the years, we’ve tried to help her overcome this by signing her up for a variety of activities. Summer school programs, drama classes, indoor soccer, dance, gymnastic. All of them have ended up a bit like this: She’s excited at first, but then spends every subsequent practice or meeting folding her head and shoulders in toward her body like a turtle so she doesn’t have to make eye contact.

It’s painful. I feel for her. I really do.

So when our daughter’s future high school threw an event aimed at getting incoming freshmen to sign up for activities, my husband and I saw only one course of action – to thrust our painfully shy, socially awkward teenager who’s had trouble in extracurricular activities into the world of highly competitive, almost psychotically outgoing fellow teenagers.

Ace parenting, I know. But it’s what you do when your child is about to enter high school, right? You force encourage them to sign up for stuff because you hope it will make their transition into hell high school a smooth one. And because activities made high school bearable for you, you think it will do the same for them. And maybe, possibly give them a leg up when applying for scholarships.

How could anything riddled with so many hidden motives not turn out well?

The groups were divided into two hallways – the athletic clubs and the social/academic clubs. Our daughter made it clear from the get-go that she wasn’t interested in sports, which was fine by us, so we steered her toward the academic clubs.

There were so many choices. Synchronized swimming, academic decathlon, theater, debate, cycling club. Her school has a cycling club for crying out loud! You know what we had at my high school? Sports, music, drama, yearbook and Future Homemakers of America. (Is that even a thing any more? Hang on while I google it … holy crow, it is! It’s called Family, Career and Community Leaders of America, now.)

It made me a bit giddy to see all this intellectual opportunity and unbridled enthusiasm laid out before us like a buffet. Our daughter, not so much.

I have to admit, it was also a little overwhelming. The students’ enthusiasm gave them an intensity that was hard to ignore. And good grief, were they intense. (Except the boy manning the cycling club table. That kid was super chill.)

Within seconds of rounding the corner, two speech and debate kids jumped her. One was shoving a flyer in her face while the other was fluttering around extolling the virtues of speech and debate (basically all the stuff that was already on the flyer).

In their fervor, they had backed her up against the lockers like they were looking to steal her lunch money.

My daughter’s eyes darted around, searching for possible escape routes. I could feel her thinking, “Please stop talking to me so I can put my name on your stupid list and cease interacting with you.”

You know, the line of thinking that will get you far in speech and debate.

That’s how it went for a while. We would approach a table, some kids would thrust a flyer in her face, I would shove her toward the sign up sheet and she would put her email down without looking at anyone.

Every table was a new opportunity for her to have a mild panic attack and for me to geek out over how wonderful high school was going to be.

But, herein lies the rub.

I want my daughter to love this stuff, because I loved this kind of stuff in high school. Maybe it was because I didn’t drink or do drugs and I lived in the middle of a cornfield, but  drama and yearbook were what made high school bearable.

But does she love this stuff? I’m not so sure. She’s smart and creative and hilarious, but in a more private way. And there shouldn’t be anything wrong with that. Maybe clubs aren’t her thing.

Besides, who was I to push her into doing academic decathlon because it seems intellectually invigorating? Yes, I loved joining clubs, but if I’m being perfectly honest, I was less concerned with choosing one that suited my interests and passions and more concerned with signing up for whichever one had the cutest boys in it.

And my parents stayed out of it. As they should have.

Maybe I need to take a cue from the cycling club kid and just chill out a little. Maybe my husband and I need to give her a little breathing space to figure some of this out on her own.

After we left, I got to thinking…what would happen to her if she didn’t sign up for a single club? Would her social world collapse? Will she grow up and end up living on the streets? Probably not.

Will she still be shy? Sure. But that’s something my husband and I are never going to “fix.” And maybe she’ll be happier if we stop trying to.

The Ultimate Guide to Getting a Job After College 1317

What Do Models Eat at New York Fashion Week? 1117

How to Run with Proper Form and Technique 1022 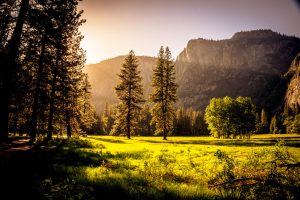 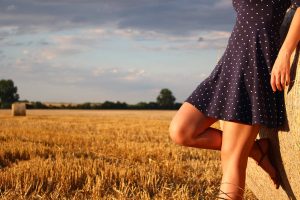