I Love Jesus But I Cuss a Little 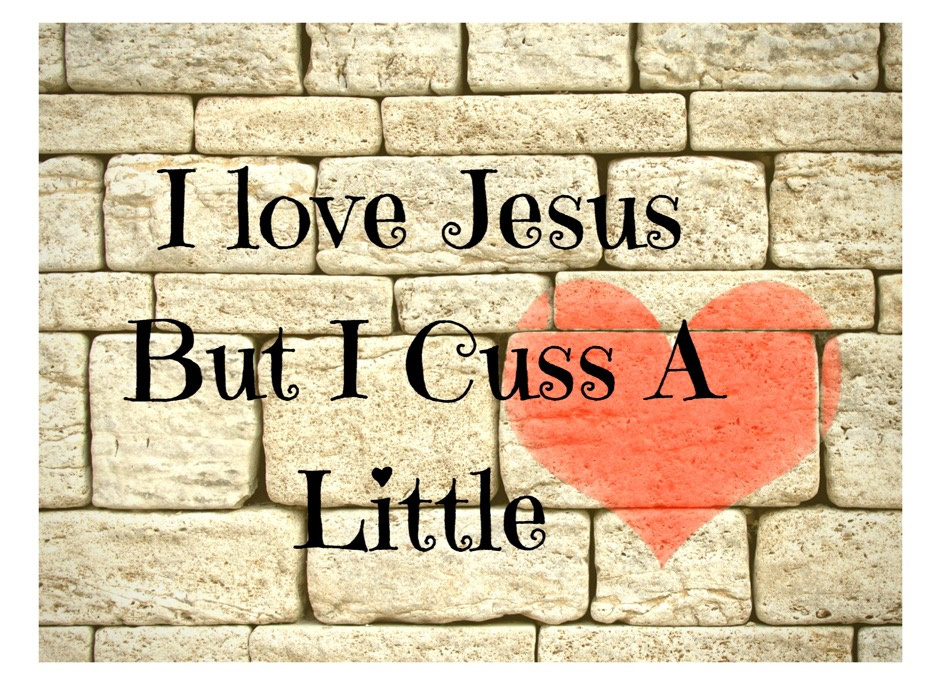 I’m about to get all controversial on y’all. I saw this quote on Instagram not too long ago and I chuckled and thought, “yep, that is so me”. I mean I try not to say swear words but it does happen. I’m not perfect nor do I want to be. That would boring. Right?

The first time I saw ‘Rocky Horror Picture Show’ I was hooked on the phrase “Dammit Janet”. ( I still say it) Then I really branched out. The F word was my fav. (I know I am so going to you know where) Flash forward a decade and we started having kids. I had to clean up my mouth and set a better example for these little angels.

Then they became toddlers and all bets were off. They pushed me to my limits. Every single day. It’s like they wanted me to swear. They loved watching my face get all red and me biting my tongue. Yet I tried really hard not to say the F word. The other words weren’t so bad right?

Then it happened. Thing 1 was talking up a storm at an early age. But he couldn’t pronounce the “TR” sound. Like in Truck. Instead, he used F. The first time it happened was at lunch while visiting my parents. We were in a Wendy’s and a fire truck went by.  Thing 1 was so excited he stood up in his chair and screamed, “fire fu@&” papa! My dad nearly had a stroke and I couldn’t be prouder. My dad hated the f word and here was his precious first grandchild screaming from the top of the table in a crowded Wendy’s.

When the kids were a little older and  heard me swear I’d tell them they were ‘mommy words’ and they weren’t allowed to use them. Incredibly they didn’t say them. But they did tell their dad on me when they didn’t get their way.  Don’t worry, I always got even.

So what’s the controversy? Well I  read were some women saw a t-shirt with ‘I love Jesus but I cuss a little” and she went ballistic. She was all people who swear don’t love Jesus and how it’s a sin to cuss etc.  And I’m like hold up Ms. Self-righteous crazy lady. I mean were swear words even invented back in Jesus’s day? I know the bible says not to use unwholesome words or something like that. So would words like dang it or shoot be unwholesome when used when you slam your finger in the door or when you hit your shin on the bed frame when making the freaking bed? Probably.

Point is, I do love Jesus. And I cuss a little. I try not to cuss but it’s better than crying. Especially when you go to the bathroom in the middle of the night with the light off and you think you just stepped on a spider. Just saying.

**There is a great little shop on Facebook where they sell these cute T’s and it’s called Crazy Cool Threads. Here is a picture. 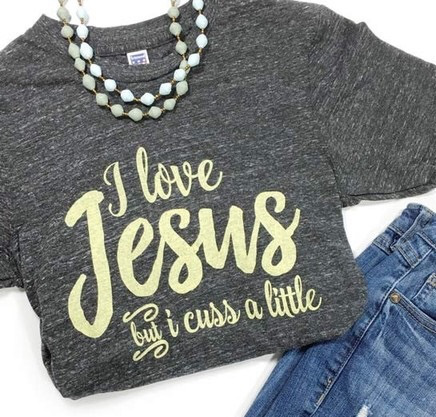 I hope they don’t mind me sharing their stuff but hopefully they will forgive me if they do mind.