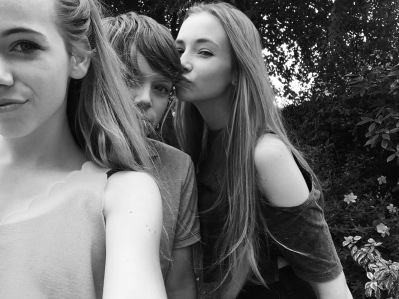 So, having heard numerous nonsensical expressions over recent weeks I decided to brave it and ask my teenagers what they were actually saying to each other. It went a little something like this:

Me: So kids, I need a little help with my blog idea about teenage expressions…

Me: Well I haven’t set any goals yet but just an idea I had.

Daughter 2: No, I meant Goals … it’s an expression.

Think you get an idea of how bad I’m going to be at this and just how well the conversation went! Anyway, after much amusement from them at my expense and my total questioning of how, why, who thought of that we finally got somewhere. So, for those of you who feel the need to perhaps understand the teenage English language a little more this week (because, trust me, some words become ‘so last week’ ridiculously quickly – come on, keep up – then here is a little insight to what is current at the moment:

Starting with ‘Goals’ – this is apparently used for something that someone wants – for example, if daughter saw a girl with beautiful hair – instead of saying “Oh hasn’t she got lovely hair? I’d like mine like that one day.” You cut out all the words in the sentence that make sense and just say “Goals”.

‘Fave’ – easy to guess this one – why waste letters or time with favorite when Fave explains it perfectly (apparently)?

‘Peng’ – Well, I didn’t even want to hazard a guess but when I tried to type it my apple predictive text kept trying to replace with penguin (!). Apple so need to get with the kids and recognize Peng because apparently it’s a fave (get me!) amongst teenagers (for this week anyhow) and means ‘really fit, really hot’ but can be applied to both a person and an object. Apparently a burger can be peng!

‘Chirpsing’ or ‘chirps’ – now this took a lot of explaining as means ‘flanter’ (predictive text wants to put flatter here so, again, Apple needs to get up to date and quickly before I make some terrible typos!). So flatter – Oh for God’s sake Apple … flanter… means ‘flirty banter’ and chirpsing means having flirty flanter chat. Personally, I think flirting works perfectly well – why the need to come up with something new I just don’t know – oh yeah, that’s because I’m old apparently!

‘Bae’ – any idea? Well, apparently means ‘Before anyone else’ and can be applied to both people or objects and means the best – pronounced bay – this is used an awful lot and I can vouch for that.

‘I can’t even’ – now, on average, I hear this 57 times a day. It’s used for everything that teenager does not want to do. But is also used when seeing a peng boy – makes no sense to me but apparently means ‘I can’t even deal with the situation.’ Trust me, there are a lot of situations that teenagers can not deal with!

‘Can you not’ – now this is a particular favorite expression in our house and is used for almost everything that teenager does not want to do – which is virtually everything that they are asked to do by husband or me – you can imagine how well that goes down!

And, finally, the one that just tops expression of all expressions for total bafflement by me…

‘Fresh Creps’ … so, I would think it was a typo and what they really meant was fresh crepes … but apparently not … it means really cool new trainers … I KNOW – how????

Anyway, as a parent, we are allowed to try and understand these words and expressions but we are never to attempt to say any of them … trust me, you’ll thank me for telling you that … just saying …

How and Why Visual Content Improves User Engagement in Blogs 20074