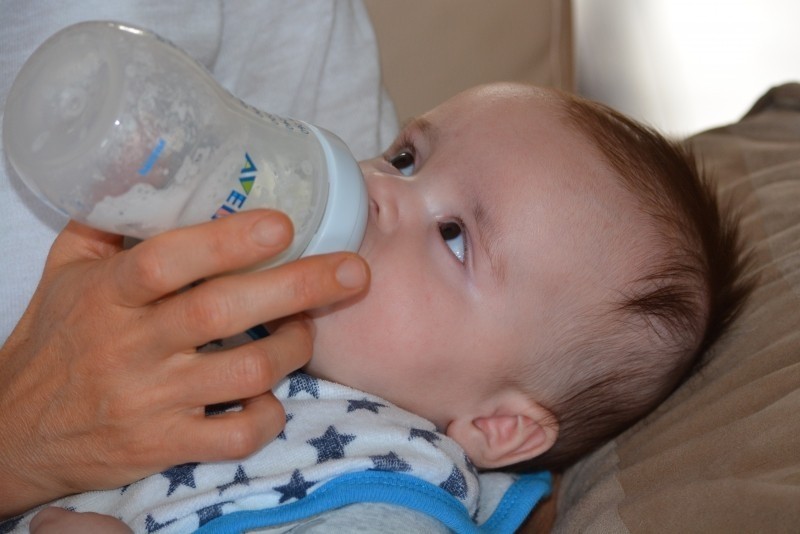 One reason why I buy bottles for colic is that it has been known to reduce it. When your baby has colic, not only is it a trouble for your baby, but also for you, the parent who is taking care of him/her. A baby who has colic will keep on crying which can be quite a bit disturbing. There are many ways to reduce colic episodes, and one of them is the use of bottles. There are several specialized baby bottles known to be more effective in preventing colic. You should read about best bottles for colic reviews to choose one for your child. But before we proceed to that, let us know more first about colic.

The first time you bring your baby into your house, he seemed so quiet, so sweet and so well behaved. Then suddenly, about two weeks after, she turned into crying and squalling little devil. Then you become so frustrated and tired with your situation that you feel giving up.

You may think that your baby is in pain and has a disease until, you bring him to a pediatrician surprised that your baby is completely healthy. It’s normal for parents to think that their child is unhealthy when he keeps on crying. However, the culprit behind all of it is colic. The only problem is that doctors still don’t know the cause of colic.

It usually starts 2 weeks after birth and last until 3 to 4 months of age. Your child keeps on crying for more than 3 hours a day for 3 or more days in a week. There are several theories on what causes colic. Some say that is cause by muscle spasms in the child’s growing digestive system, hormones, oversensitivity, developing nervous system and/or gas. There is still no known proven cure for colic, but there are ways to reduce colic episodes. One of which is by using specialized baby bottles to prevent gas build up in your baby.

This is probably the top most rated bottle when it comes to reducing colic and gas. It has an innovative design with vent technology. This involves the use of a two-piece internal venting system, creating a vacuum-free feeding bottle. This is the same with breastfeeding where air does not mix with the milk. It has already been tested to reduce gas and colic after a few days of use.

This bottle is a great choice when switching from breastfeeding to bottle feeding since it has a breast-shaped nipple that has comfort petals promoting flexibility and natural latch-on. It helps to reduce colic with its innovative twin valves that releases back air into the bottle instead of going into the baby’s stomach and is best for babies with sensitive stomach.

This bottle is also a great choice when switching from breastfeeding to bottle feeding. It has a wide neck and an easy latch-on nipple, which makes bottle feeding comfortable for your baby. Using its sensitive Easi-Vent valve combined with the slow flow nipple prevents excessive air flow until eventually there is no air flow.

Like Dr. Brown’s Natural Flow, the Comotomo Natural Feel is among the top rated bottles when it comes to preventing colic and gas. Unlike, Dr Brown’s bottle, it has a wider neck, a silicone nipple, and a skin like texture that makes it closer in reciprocating breastfeeding. This makes a great choice when having a transition between breastfeeding and bottle feeding. It has an anti-colic vent designed to ensure proper air circulation to avoid colic and prevent leaks.

This wide-necked bottle provides a natural breastfeeding feel. It has a pre-sterilized disposable liner that collapses when feeding, keeping the air out. The Playtex Nurser kit also includes a breast pump adapter ring that allows moms to pump breast milk directly into the liners and into the bottle.

One of the theorized reasons behind the cause of colic is gas build up. Unlike breastfeeding, many baby bottles let air pass through the nipple mixing the gas with the milk. This then goes into the baby’s stomach, causing gas to build up. Fortunately, new bottle technology provided a way to reduce and prevent the mixing of air with the milk, allowing the babies to have a gas-free bottle feeding session reducing colic episodes.