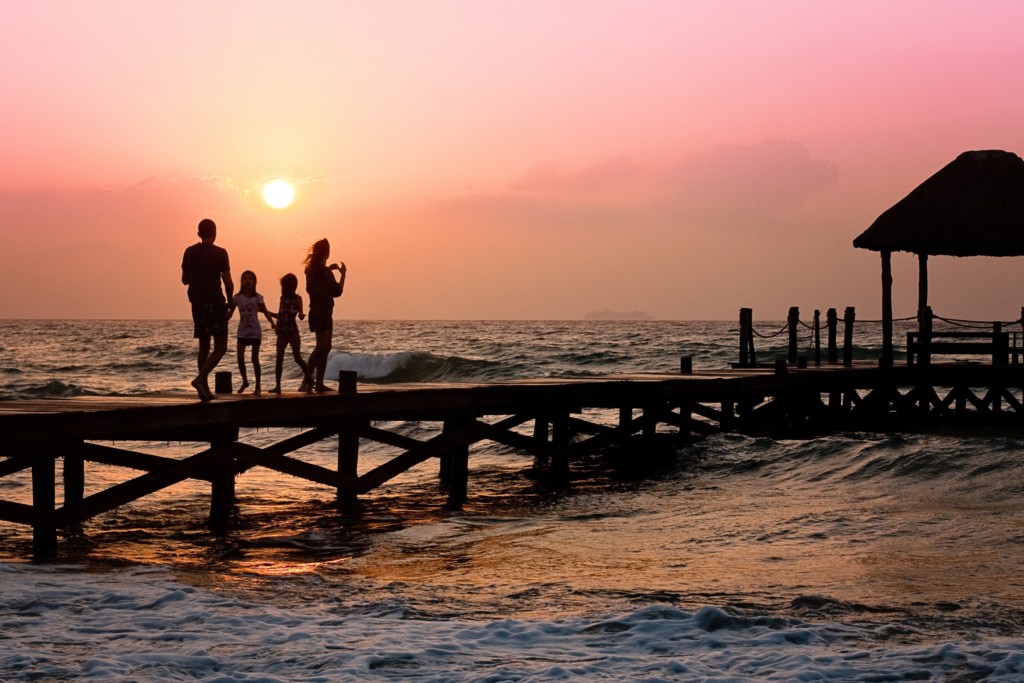 This is being written on-the-fly, from the heart. As a mom, I pictured my family to be completely different than what they actually are. Am I the only one who did that? Am I the only mother who had preconceived ideas of what her kids would be like when they grew up? 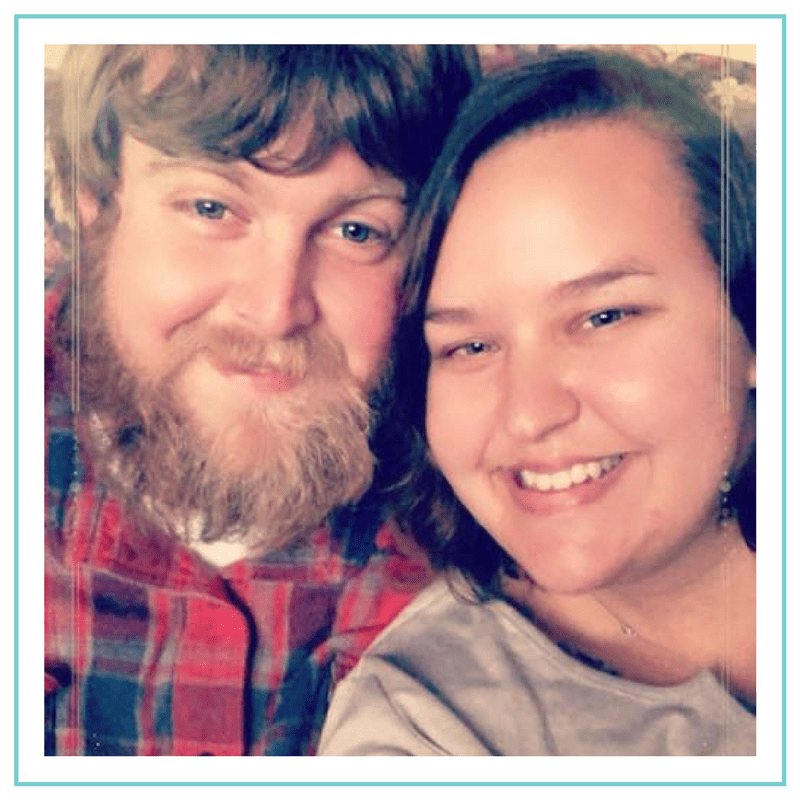 I have a daughter, late 20s and from a previous marriage, who has basically turned out to be everything I hoped she would/could be. She is successful, she has a great job, a great husband, and her FICO score is so damn high that they don’t have a higher rating to put her in. She listened to everything that I told her growing up, and she took it three steps further. To say that I’m proud of her is an understatement … and the rest of the family knows she’s my favorite (even though I would never, ever utter those words out loud to anyone other than her).

Then there are my teenage sons.

My youngest is following in his sister’s footsteps – somewhat. He has a level head and his eye on the future. He is one of the youngest music producers in the business, and he’s really made a name for himself in the music industry. But first his brother. 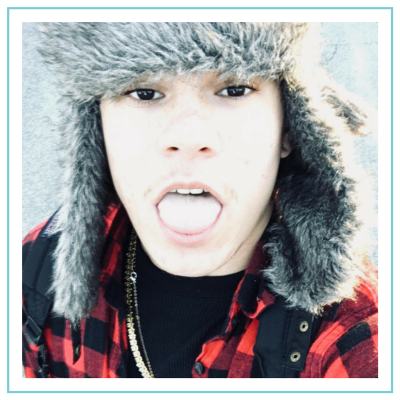 My eldest turned 18 in November. Woo hoo!!! Now he can go to the store and buy his own cigarettes! No, seriously, that’s like the biggest accomplishment he can lay claim to. He was diagnosed with ADHD (Attention Deficit Hyperactivity Disorder) when he was 6 (after being expelled from kindergarten after just two hours for the remainder of the year), and over the years the mental health issues just continued. He was diagnosed with ODD (Oppositional Defiant Disorder), moderate to severe panic and anxiety disorder, and he’s had suicidal ideation more times than I can remember. I thank God every day that he never followed through with the threats of suicide, and see them as a cry for help when he didn’t know how else to explain how he was feeling.

He’s been in trouble with the law for a variety of reasons (threatening a bully by text message, breaking and entering, assaulting a police officer – after the officer assaulted him but that’s our word against theirs) and because of his mental health issues, he did 8 months in two different residential treatment centers in 2017. He was kicked out of the first residential treatment center after setting off a fire sprinkler in the bathroom and flooding his unit and causing upwards of $10,000 in damages.

He came home in October 2017 from residential, and was on house arrest until his court date in November. We went to court at that time and the judge wanted to have an assessment completed to determine if he was ready to be re-integrated into society and could do so without any further issues with the law. So we marked the calendar to return to court on December 21.

The week before his court hearing, he had a major breakdown – went off on his father and destroyed his room beyond belief. Smashed the television in his room, kicked a hole in his wall clean through to the hallway outside, got into a physical fight with his father, screamed at me and pushed – it was horrible. He said he couldn’t live with us, and he packed his things and left. (We had simply told him that we were not going to get a friend of his and bring him to our house – that the issue his friend was having needed to be dealt with by his friend and his parents and that as our son, he needed to stay out of it and allow his friend’s parents to deal with the situation). So he left on a Friday morning and I called his probation officer to inform him that he had left the house and where he went.

He failed his urine test the morning of court. The probation officer even gave him a second test, just in case it was a false positive – it wasn’t. He admitted later that he’d smoked marijuana the weekend he was away from home. The judge took one look at him, and over all the paperwork from the last three months, and told him she was done with him. That she felt he had not learned anything, he was still acting the same way and not wanting to be held accountable for his actions – so she dismissed his case from juvenile court and gave him 30 days in jail as an adult. As they were leading him out of the court room, he looked at us and we could tell he had no idea what had just happened – and naturally we were not able to speak with him. We just had to wait until he could call home.

So he did his 30 days in jail without incident and came home mid-January 2018. We had talked daily about what would be expected of him when he came home – that he needed to either enroll into the adult GED program to obtain his GED or he needed to get a job. He got his dad to agree to give him “30 days of freedom” to do whatever he wanted after being locked up in residential and on house arrest for so long.

On April 19 it will be 3 months since he’s been home – and he still hasn’t done a damn thing. No job. No school. He’s got a girlfriend with a car and goes anywhere he wants to now. But he is disrupting the general harmony at home. How?

He does nothing and wants life to be like it was 2 years ago. I had no choice but to provide for him as his parent when he was 16. However, he is now 18, and he is more than capable of holding down a job. He was working at Pizza Hut when he came home from residential last year and he enjoyed having money in his pocket that he could do what he wanted with. We don’t ask him to pay rent; however, we do ask that he keep his room clean and that he does his own laundry.

Since he’s been home from jail earlier this year; however, he still seems to think that we should provide his cigarettes every day, that he can eat literally EVERYTHING in sight without worrying that the rest of the family will have something to eat (namely his brother), and he even expected me to continue paying for his cell phone service and buy him clothing.

Even cutting him off – not buying him clothing, not driving him everywhere he wants to go at the drop of a hat, not buying him cigarettes – still has not fazed him one bit. I’m at a loss as to what to do. 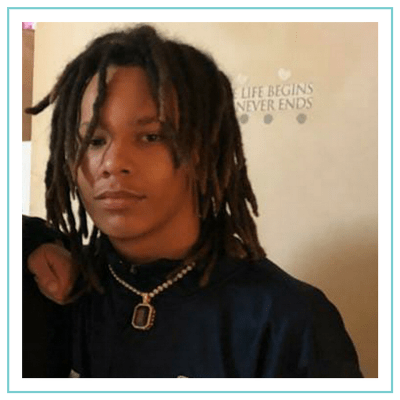 Now back to my youngest son. He is 15, and not without his own issues. He has disruptive mood dysregulation disorder and anxiety disorder which has gotten him into a few scrapes with the law himself. Not the best student in the world, but he’s smart, and he has been doing his best to keep his grades up so that he will pass this year and can return to high school with the rest of his class in the fall.

As I said, he’s one of the youngest music producers in the business. Other artists from all over the state have sought him out on social media to do collaborations or to purchase his beats to put with their lyrics. He is focused on his music first, school second. Not my ideal plan for him – but he’s making it work so I leave him be. He wanted nothing to do with girls, actually did not care for any of the girls that he attended school with or that he knew socially. Except for one. This young lady got his attention about two years ago and they “dated” for a period of time. (dating meaning they hung out together after school and went to the movies together once)

They broke up after a few months together, and he said he was off girls until his music career took off and he was a household name. He wasn’t going to allow anything to distract him from his music again he said.

Well late last year around the holidays, this young miss and he reconnected and started dating again. This time, I could tell he was serious. There were multiple dates (out to dinner alone and with her family, going to the movies, attending church together, and hanging out after school for two-three hours every Wednesday) and I knew that he was really into this young lady.

He dropped a bombshell on his father and I two weeks ago and told us that young miss was pregnant. She’s almost a month into her pregnancy. They both are adamant that they do not want to have an abortion (which goes against our religious beliefs) and they are adamant that they are not giving the child up for adoption – they are going to raise their child together and are simply asking for our love and support. My 15-year-old son has been attending job fairs and putting applications in for employment anywhere and everywhere for the summer so that he can save up money to help take care of his child.

So it looks as though I’m going to be a grandmother. Against my will … I was hoping that wouldn’t happen until I was entering my late 50s not at age 51. I was not on board, at all with these two 15-year-old children having a child of their own. I told both of them all the horrible statistics, the things that could go wrong, the bills that they would face if they had a premature baby, the issues that they would face being teenage parents, I blasted them both with all of it.

So after seeing the first sonogram and hearing the baby’s heartbeat – I caved. I think it’s going to be a girl, and so we are gearing up to welcome a new member to the family during the holidays this year. I’m excited but still cautious and still wearing my momma hat to try and guide both of them through this turbulent time.

Dealing with all of this, however, has left me feeling a little out-of-sorts and wondering what our lives are going to be like a year from now, five years from now.

So there you have it – that’s what’s been going on at Life in a House this year. Feel free to hit me up with advice, comments, bottles of wine to stash in the closet for later … whatever!  🙂

How and Why Visual Content Improves User Engagement in Blogs 20265