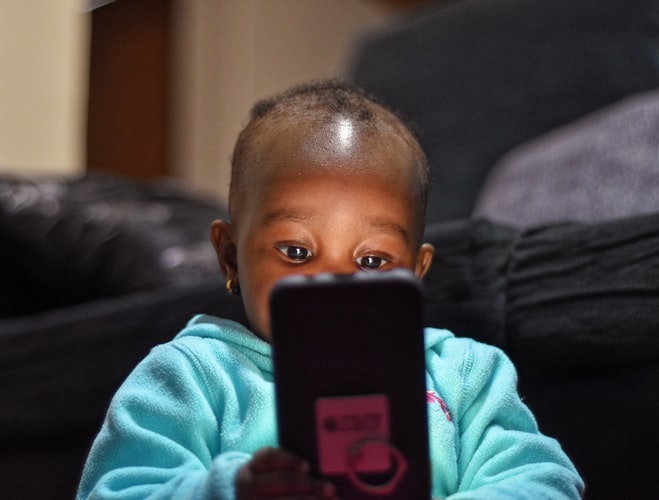 Smartphones have become an integral part of our lives over the past few years. More than three billion people own a smartphone in 2020. Even people who said they would never own one are now using them. We use them to connect with our family and friends, for work, and even entertainment. How does this increase in usage affect our children though?

There’s more than one study on kids and smartphones that suggests smartphones might cause some developmental problems in children. One of the main concerns that researchers and medical professionals worry about is how increased screen time may lead to delayed neurological development. Children need face-to-face interaction, especially with their parents, in order to properly develop into functioning teens (and adults).

Smartphones and Their Effect on Psychological Development

Most kids nowadays use smartphones, and nearly all teenagers own one (and are constantly using them). Kids no longer beg their parents for toys, rather they beg them for the latest iPhone (or a certain mobile app). Parents have been put in a difficult situation; they want to make their children happy, but they don’t want to negatively impact their development.

If you’re a parent considering whether or not you should give your child a smartphone, or whether you should regulate their smartphone usage, you’re not alone. Now that smartphones have become ingrained into human culture, parents are facing a dilemma as to what decision they should make.

In the world of psychology, and specifically child psychology, it’s generally accepted that the best way for children to develop is through face-to-face interactions. Real-world experiences are vital for a developing mind to fully blossom into a high-functioning brain.

Both doctors and parents alike are worried about how limited interaction with the real world can cause developmental problems in children, and rightfully so. Below are some additional reasons why you should carefully decide whether or not your child should have a smartphone.

Injecting a smartphone into a child-parent relationship will essentially bring immediate change to the dynamic. If a child is communicating with their parent primarily via their smartphone, there’s a loss of connection between the parent and child (which as we’ve outlined above can lead to developmental issues).

Not only can a smartphone change your relationship, but they can also change the dynamic as well. It’s important for children to have a deep connection with their parents, especially while they’re still developing. If you add a smartphone into the mix, that connection will be lessened to a certain extent.

Creativity is Important During Development

The developing minds of children need to experience the real world, and have face-to-face interactions, in order to optimally grow. Another aspect that’s equally as important as real-world experiences, is making sure that your child is creative.

This is why kids have art class in school, and why their teachers nearly always incorporate creativity into their lessons. Being creative allows children to develop both motor skills as well as their minds (i.e. sensory development).

If you’re reading this article then you probably know firsthand just how much smartphone use can affect one’s sleep patterns. Well, this also applies to children (which is even more detrimental because sleep is incredibly important for the developing minds of children).

Children need quality levels of sleep, otherwise, they will be fatigued, tired, and groggy. Smartphones don’t improve sleep, rather they make it worse.

Smartphones Can Be Addictive

The last thing you want your child to develop is an addictive streak. The various apps that can be downloaded on a smartphone are known to be incredibly addictive (especially in children).

In fact, a lot of these apps are specifically designed to become addictive. They want people spending time (and money), and the best way to do that is to make them addicted (which is particularly harmful to children).

Overusing Smartphones Can Cause Issues With Behavior

Behavior-related problems stemming from smartphones are on the rise, especially among children. The main reasoning behind this is because kids need face-to-face interaction to actually learn how to operate in the world.

Phones do not provide this, which in turn creates children that don’t know how to properly interact with others. Not only can smartphones lead to behavior-related issues, but they can also cause attention disorders as well. The content that’s consumed on a smartphone is generally short, with little bursts of information. Too much exposure to this type of content (in a developing brain) can lead to short attention spans.